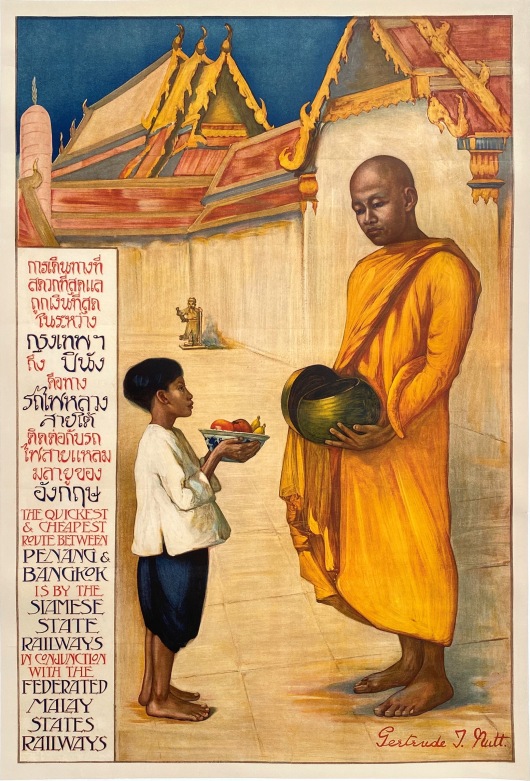 BACK TO Rest of Asia
Share this item
Prev | Next

Stone Lithograph
72.5cm x 108cm
circa 1920
Grade: B, Good. Linenbacked. Restored, mainly to borders and bottom of poster. Beautifully restored and the work can only be seen on close inspection.
T3406

Very rare and early poster promoting the railway between Bangkok and Penang which was jointly operated by the Siamese State Railways and the Federated Malay States Railways. The evocative image shows a Thai boy giving alms to a Buddhist monk at a temple in Thailand.

Elizabeth Cowper was a Royal Academy School student in London from 1893 to 1898. She married Walter Nutt in Singapore in 1905, thereafter living much of her life in Southeast Asia where her husband was an established businessman and managing director of the Straits Trading Company.