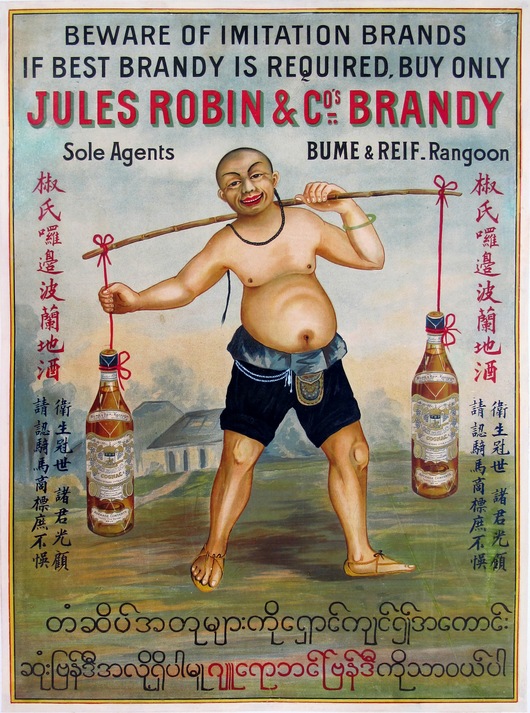 An exceptionally rare Burmese poster advertising Jules Robin & Companyâ€™s brandy. Published in the 1920s, the artist depicts a joyous, pot-bellied, jade-wearing local who carries across his shoulders two bottles of the companyâ€™s brandy. The poster, issued by Bume & Reif, sole agents in Burma for this imported brandy, warns users to avoid imitation brands in English, Chinese and Burmese. Founded in 1782, Jules Robin & Company was the first cognac producer to ship its brandy in bottles as opposed to casks. Using bottles allowed the company to develop its own labels, and inspired other brandy makers to follow suit.